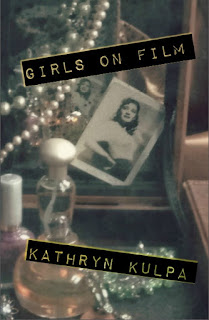 “We come to Girls on Film steeped in the very myths of celebrity that these stories deftly and intimately expose with authority, wit, and a sharp eye for detail. While regret and wonder at life’s turns are woven throughout these moving and beautifully crafted pieces, hope is never in short supply. Kathryn Kulpa is a masterful writer.”
–Hester Kaplan, author of Unravished
Posted by Paper Nautilus at 10:41 AM